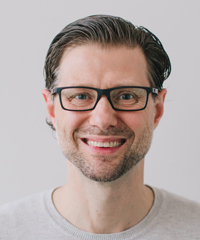 Corey moved from the Oregon Coast when he was 20 to complete his Bachelor of Christian Studies at Briercrest Bible College in Saskatchewan. He has released 6 albums and spent 7 years as a touring artist. His album “No Sudden Movements” won the 2008 Covenant Award for Folk/Roots Album of the Year. Before coming to Central he served as worship pastor at Trinity Church in Kelowna from 2013-2020. He has an amazing wife and two kids. Corey is passionate about fostering worship that is marked by excellence and integrity.